This guide accompanies the Galter Health Sciences Library class of the same name, or can be used on its own to learn a few essential data cleaning functions of the open source application OpenRefine.

Sort and Facet on Multiple Columns

Sorts are helpful for exploring your data in OpenRefine, and for learning more when numeric or other facets don't provide much information. Sorts can be explored using the sample dataset's Alcohol Involved and Drug Involved columns. The values in these columns denote whether alcohol or drug use was involved in the patient’s injury. 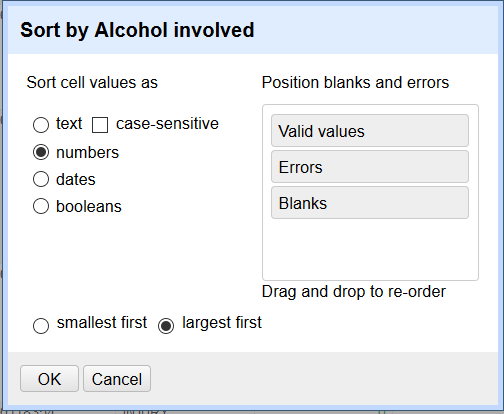 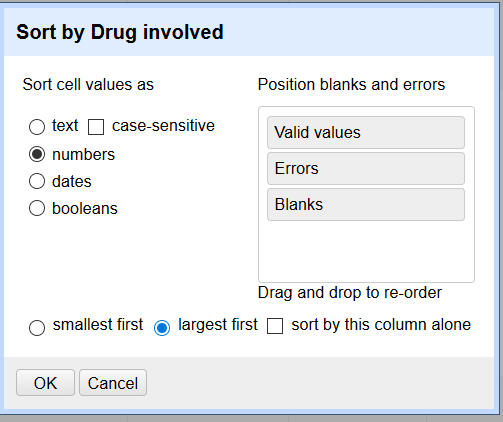 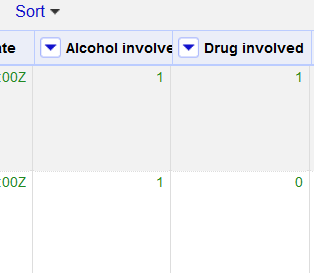 For most data cleaning tasks, faceting on one column at a time works well in order to isolate discrete fields of data. However faceting by multiple columns is possible in OpenRefine, and this can include facets on different types of values, such as Text and Numeric. The image below shows simultaneous facets on the number-based Sex column and the Text-based Treatment_Date and Other_Diagnosis columns from the sample dataset. 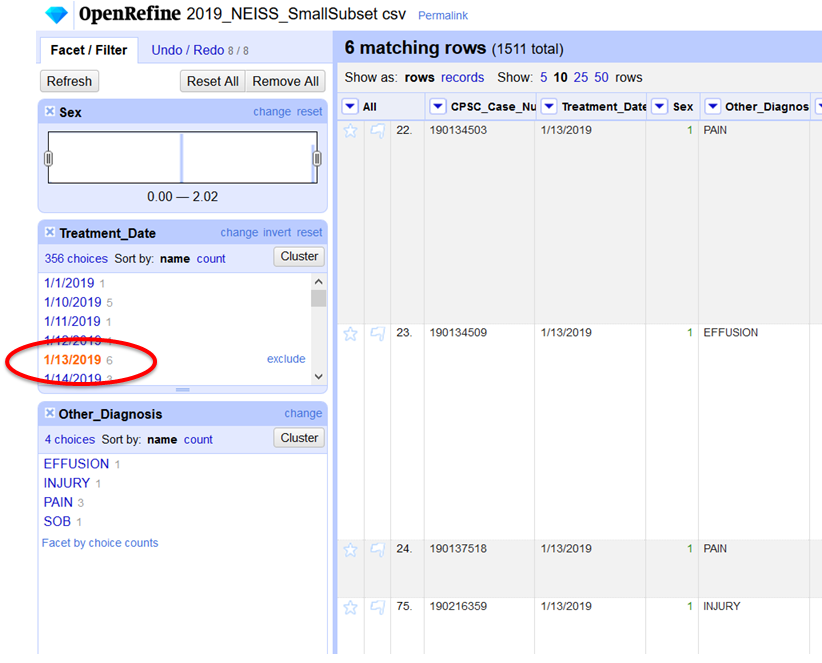 By “including” or narrowing in on certain entries within a facet, the other facets will update (narrow down) based on the first entry you selected. This essentially takes a slice of your data, one variable at a time.

Steps for employing facets to identify and clean data-entry errors are outlined in Galter Library's introductory OpenRefine class, Cleaning Spreadsheet Data with OpenRefine. While much data cleaning can be done by faceting on one column at a time, it’s also possible to facet on two columns or more at once. You can apply these multiple facets manually to hone in on highly specified subsets of your data. You can even combine text-based and numeric facets at the same time. Using a GREL formula, you can achieve this in one step.

Facet on Multiple columns with a GREL Expression 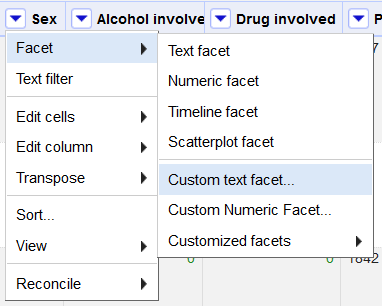 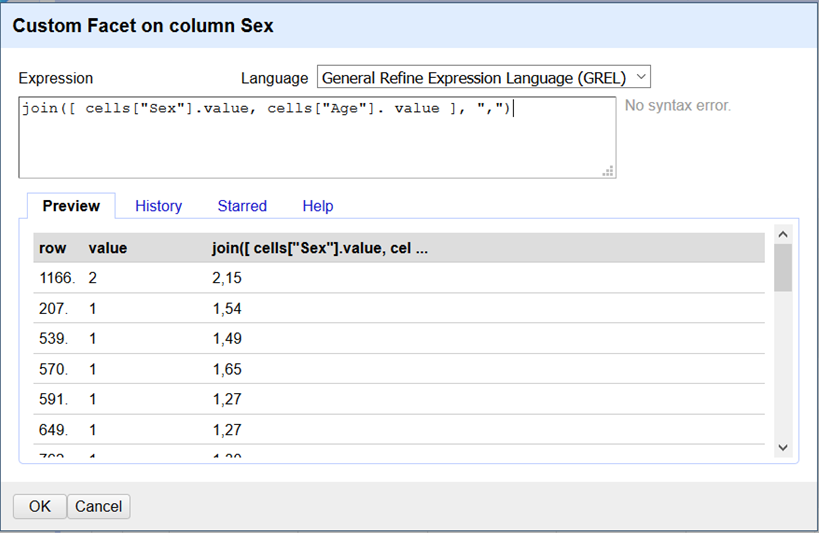