This guide accompanies the Galter Health Sciences Library class of the same name, or can be used on its own to learn a few essential data cleaning functions of the open source application OpenRefine.

In many data projects you may find that you need to combine data from two tables or spreadsheets. In the case of the sample dataset, NEISS product numbers are referenced, but we don’t know which products these numbers refer to. We need to bring over the names of the products from another table. This table is the other CSV file mentioned in the Getting Started section of this Guide, entitled: “NEISS_ProductCodes_ProductNames.csv”. 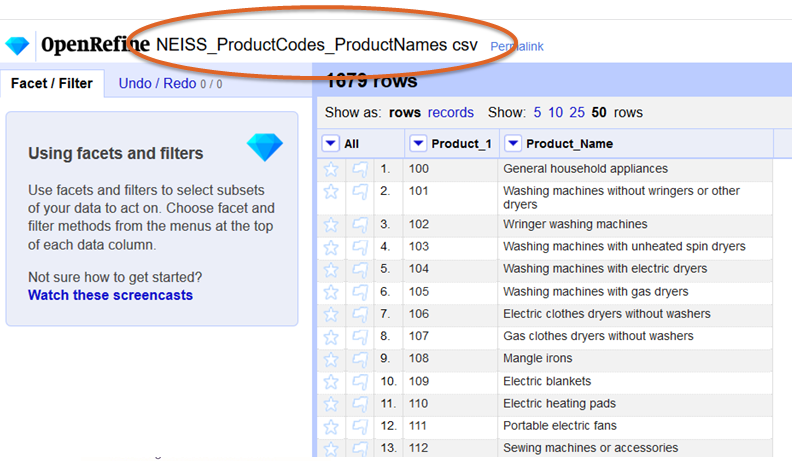 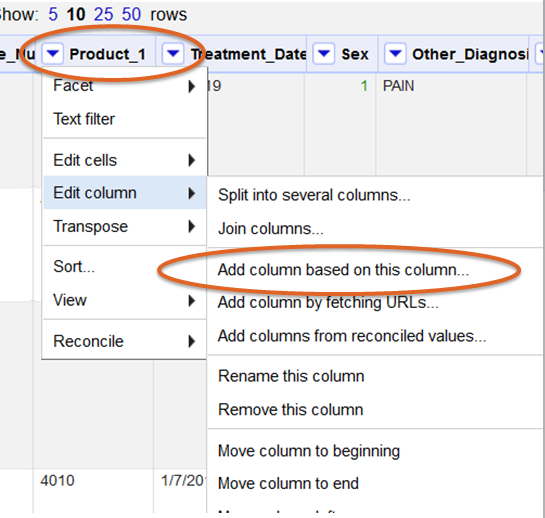 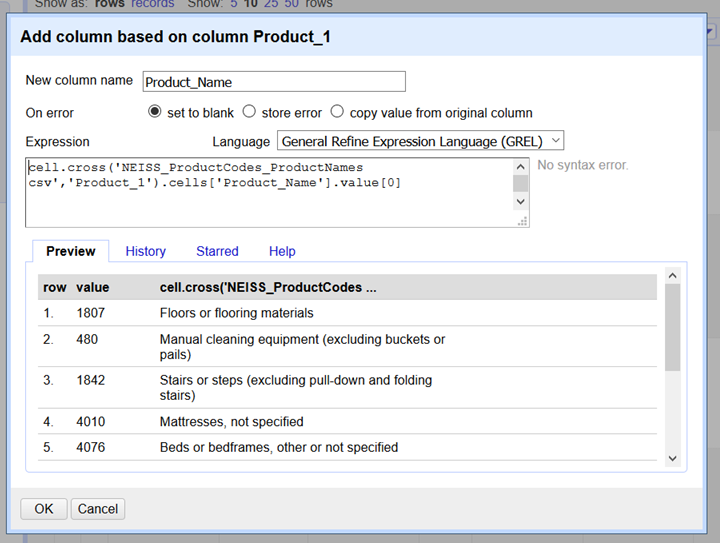