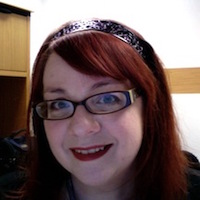 The Director of the National Institutes of Health ("NIH") shall require in the current fiscal year and thereafter that all investigators funded by the NIH submit or have submitted for them to the National Library of Medicine's PubMed Central an electronic version of their final, peer-reviewed manuscripts upon acceptance for publication, to be made publicly available no later than 12 months after the official date of publication: Provided, that the NIH shall implement the public access policy in a manner consistent with copyright law.

You are not required to submit manuscripts for work that was funded by grants or awards given prior to NIH Fiscal Year (FY) 2008--which began October 2007--although you may do so if you choose and if you own rights to the material. Compliance is connected to current NIH funding as of FY2008, and the date of acceptance of the publication.

If you are publishing a manuscript based on NIH-grant-funded data collected during the mandated period you must comply, even if the publication is made long after the grant has expired.

Since 2013: Increased enforcement of NIH Policy for Progress Reports

In February of 2013, the NIH announced that it will begin enforcing the Public Access Policy for all noncompeting grant renewals beginning in July 2013. What does this mean?

For non-competing continuation grant awards with a start date of July 1, 2013 or beyond: